Boston Real Estate You Can Feel Good About

Save Your SearchRefine Search

South End is one of the 21 officially recognized neighborhoods of Boston, Massachusetts. It is an upscale residential, retail, and commercial district. South End and neighboring Back Bay are considered among Boston's most expensive Boston real estate neighborhoods, with townhouses regularly selling for millions of dollars. Popular upmarket shopping destinations include Tremont and Washington Streets as well as the arts district sometimes known as SoWa.

Today, the South End is listed on the National Register of Historic Places and is a Boston Landmark District. It is North America's largest extant Victorian residential district. 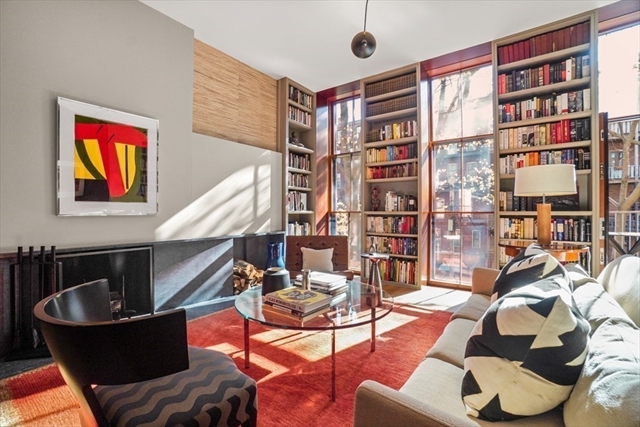 One of Boston's most outstanding single family renovations. This elegant modernist residence has five floors, three terraces and a garden, four large bedrooms (potential for five), three and a half baths and two full parking spaces. Three of the house's five floors are extended at the rear, making a larger set of rooms than normally possible. The house has every amenity, from whole house water filtration and sound/video and alarm systems to custom made mahogany windows, in addition to beautifully detailed custom cabinetry and hardware throughout. The living room and library have ceilings of over 10 feet with floor to ceiling windows, a walk-out terrace, a wood-burning fireplace and a wet bar. The eat-in kitchen has a wall of French doors that open out to a terrace, ideal for outdoor dining, as well as direct access to the parking. The full-floor primary suite has a private terrace and the garden level has a guest suite with a full kitchen, a custom wine cellar and ample storage. 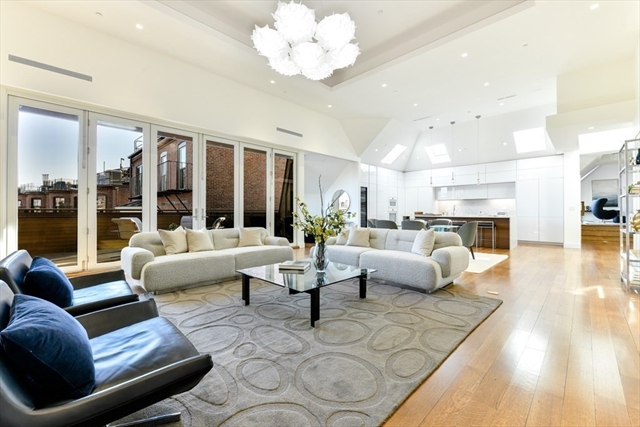 Introducing the Penthouse at 201 West Brookline St, the epitome of luxury living in Boston's South End. Undoubtedly one of the most dramatic and magnificently constructed properties available, this 3-bed, 3.5-bath residence presents an opportunity of a lifetime. It is one of nine units masterfully converted from the historic Concord Baptist Church building at the corner of West Brookline Street and Warren Avenue. Located on the fourth floor with direct elevator access, this Penthouse offers magnificent architectural details, including oversized arched windows, cathedral ceilings, and multiple skylights. The highlight of the residence is the open-concept living/kitchen/dining area that opens to the home's spectacular, oversized private balcony, unique only to this unit. Additional features include a top-of-the-line custom gourmet kitchen, two full-height contemporary marble gas fireplaces, the newest residential technologies, and 2 full parking spaces in the on-site underground garage. 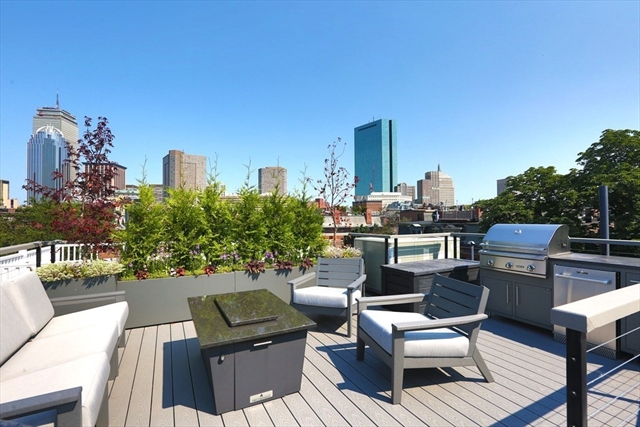 Listed by Kevin Caulfield and Caroline O'Shea of Compass 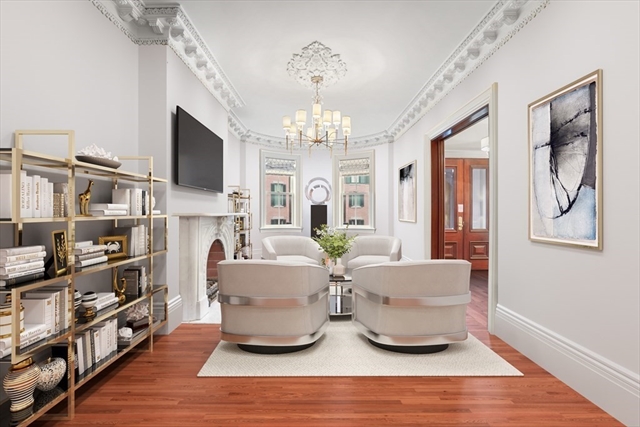 Stylish elegance and resort-inspired luxuries define this sophisticated South End residence on a prime block of a quiet tree-canopied street just steps from vibrant dining, shopping and culture.Staying true to its historic character, this stately townhouse has been meticulously restored and renovated, highlighting beautiful fireplaces and millwork while giving a fresh take on tradition. Tall bow and bay windows maximize the natural light and leafy views. The impressive entertaining spaces are served by a butlers pantry and renovated gourmet kitchen. 3 +bedroom suites feature luxe full-floor master quarters with a dressing room and radiant- heated marble bath. Along with the rarity of 2 car garage parking, 2 exterior spots there are 2 outdoor living spaces- sunny garden terrace off the kitchen and fabulous roof deck with panoramas of the skyline and glittering night lights giving the feel of resort living in this one-of-a-kind oasis in the heart of the city!

Listed by Allison Mazer of Compass 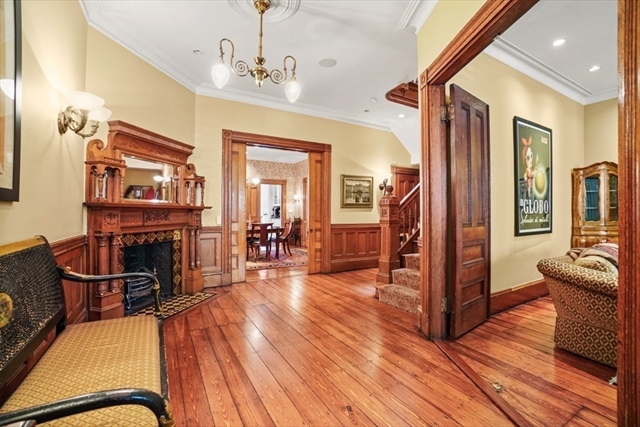 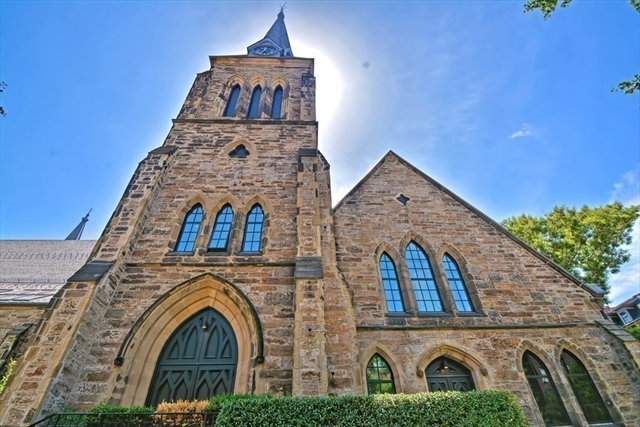 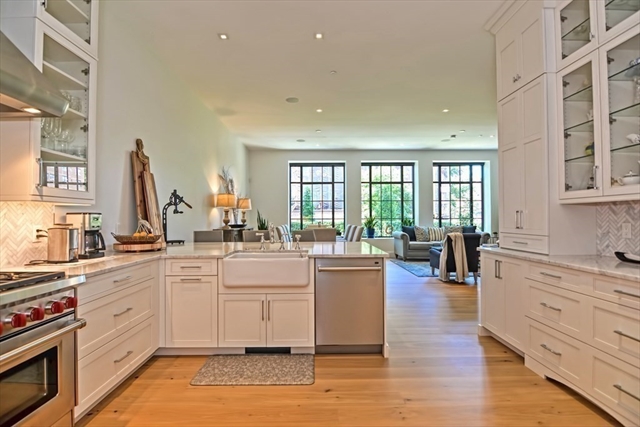 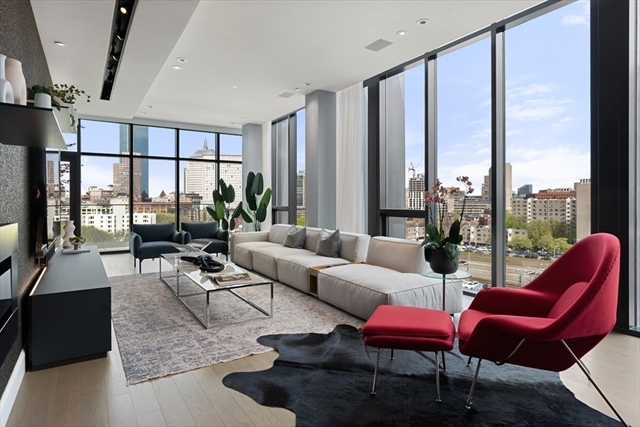 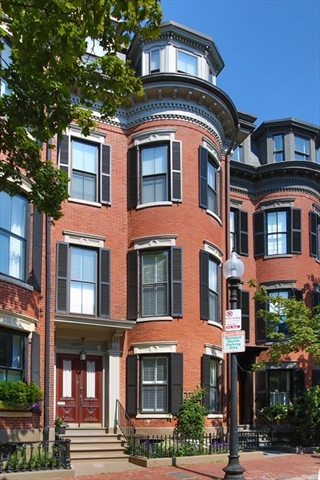 A DREAM PROJECT. This Unique townhouse on one of the most iconic location in the South End with immense garden has been gutted and framed with brand new windows throughout, an ELEVATOR shaft and all permits in hand is awaiting your final touches and finishes. FIRST SHOWINGS ON FRIDAY 12:00-2:00 & SATURDAY 11:00-12:30

Listed by Lili Banani of Coldwell Banker Realty - Back Bay 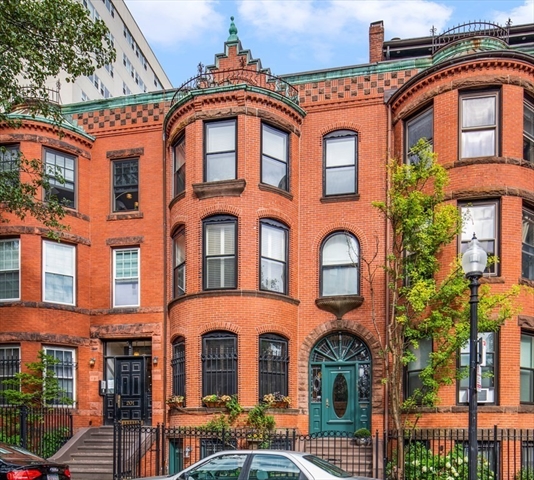 Rare opportunity to acquire a townhouse with legal income unit which strikes a perfect balance between traditional craftsmanship and modern amenities. Utilizing a first floor layout which is a staggering 70 feet in depth, this home boasts spacious entertaining rooms and a flexible layout which leave little for one to wish for. The living room, dining room and main foyer are all equipped with fireplaces. No expense has been spared on the features and finishes of this home. In addition to 3 outdoor spaces and a heated, garage, other amenities include the programmable Litetouch lighting system throughout, structured cable system and hardwired speakers in the entertaining rooms, master bedroom & master bath. The lower level features a private suite with full kitchen, bath and a private entrance. Due to the home's size, there is a main kitchen and two kitchenettes as well as two laundry areas. Covid-19 guidelines to be observed during viewings. 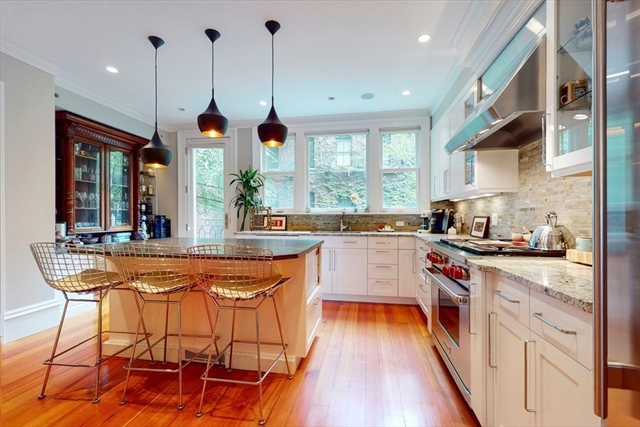 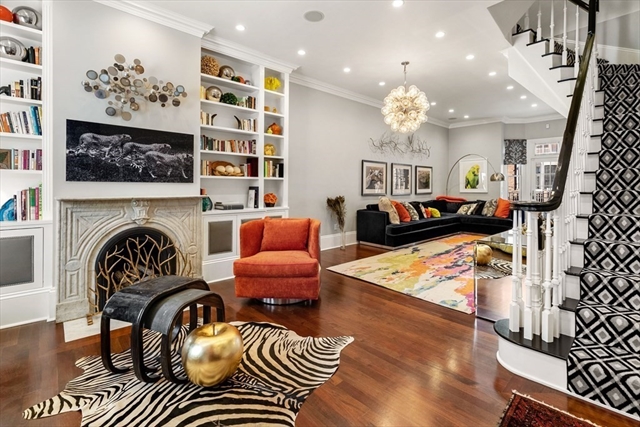 Come visit this pristine, sun-filled SF home in the middle of a coveted block in the South End. Fantastic ceiling height, large windows, gas fireplace and custom built-ins on a completely wide open parlor floor make for a striking entertaining space. The chef's kitchen, featuring Sub-Zero /Miele /Wolf appliances, has a spacious walkout terrace with a gas line for grilling. The kitchen leads right into the open dining area that can host large parties. There are two large guest rooms with generous closets and a full marble bath with W/D. The expansive master bath has marble floors, Ann Sacks tiles and Kallista faucets. There is a cedar walk-in closet and the bedroom space is large enough for a King-sized bed. There is a full staircase to the roof deck which offers 360 degree views of the city, Sonos speakers, water and lighting. There is also a 4th BR suite on the garden floor with a kitchenette, family room and separate entrance leading to an outdoor area & parking with electric charger