What fuels Boston real estate values? The answer is the same thing that fuels the rest of us: coffee. In fact, the value of homes within a quarter-mile of a Starbucks rise faster than those that aren't, according to a recent Zillow study. 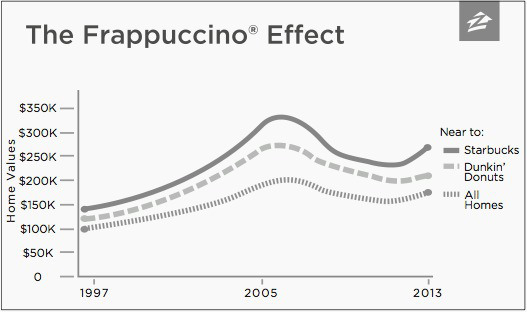 The biggest "Starbucks effect" was here in Boston, where nearby home values went up 171% in the same time period. That's 45 percentage points more than all homes citywide. 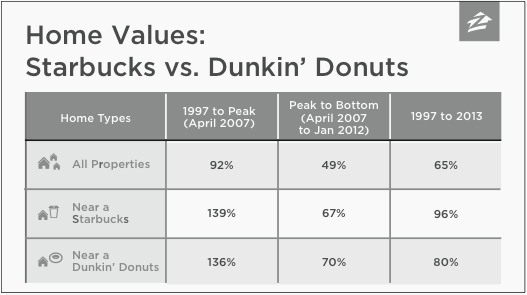 While it may seem like a solid real estate investment strategy to purchase a home near a Starbuck, it should be noted that the authors of the Zillow study felt that Starbucks is very good at finding up and coming locations and that the coffee shop itself is not the initial real estate value change agent.

Interested in reading more about this study? Check it out here: Confirmed: Starbucks knows the next hot neighborhood before everybody else does