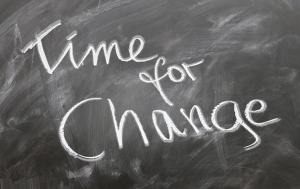 Many home buyers, home sellers, and sadly more than a few real estate agents probably dont realize major changes are coming that will affect the rules governing real estate closings. Youll no doubt be hearing more about these changes as the deadline for the new rules to go into effect draws nearer.

What are the big changes? On August 1st, 2015 the Consumer Financial Protection Bureau, which is a new federal entity created by Congress when it passed the Dodd-Frank Wall Street Reform and Consumer Protection Act in 2010, will mandate that mortgage documents are locked in at least 3 days before closing.* Additionally lenders will have to use newly created RESPA (Real Estate Settlement Procedures Act) and TILA (Truth In Lending Act) forms:

As described above, the new forms must be given to consumers 3 days (Sundays and legal public holidays are not included) before closing. Any last minute changes to the forms requires the clock to start over which means many closings will be delayed, at least in some cases.

The implication of these new rules is not just significant for home buyers. Real estate agents and sellers will be impacted because any delay in a chain of closings will postpone subsequent closings. The era of back to back same day sell/buy closings maybe over owing to the 3 day document lock rule.

For home buyers and sellers there are many details to know leading up to the change in rules governing real estate closings. For instance transactions where the application is received before August 1, 2015, lenders will not be subject to the new rules and can use the existing RESPA-TILA forms. Further the new rules do not apply to home equity lines of credit, reverse mortgages, or by a dwelling not attached to real property.

This post represents just the biggest of the moving pieces so more than ever it's important to have real estate professionals working for you who know how what they are doing. If you're contemplating a move in the next few months be sure to contact your lender, or me, to discuss how you may be affected by the major changes to the closing table coming soon. You can also read in greater detail about the coming changes on the Consumer Financial Protection Bureau's site directly.

*The intent of this change governing mortgage rules was two-fold: to ensure that consumers (home buyers and sellers) are provided with helpful information about the cost of mortgage settlements, and to protect borrowers from unnecessarily high settlement cost created by certain abusive practices.